Nice to have some down time between semesters. Figured I'd show my loyal readers one of my favorite Christmas gifts. My mother-in-law got me a book of crock pot recipes. I'm pretty happy about it because I use my crock pot on a regular basis during the winter. The other book in the picture wasn't a gift. I picked it up at Big Chain Bookstore to read during break. I'm teaching Research Methods next semester and thought Naked Statistics might get me in Methods mode. I'm halfway through. It's an entertaining book with lots of fun examples. My favorite example so far comes in chapter 5, which covers basic probability. The author (Charles Wheelan) writes about the 1981 Schlitz beer campaign that culminated in a blind taste test against Michelob during halftime of the Super Bowl. 100 people who identified as Michelob drinkers were selected for the test. As he explains on p. 69, a blind taste test between any two beers in the Schlitz category (think Budweiser, Miller, Michelob) is essentially a coin flip. It turned out that 50% of tasters chose Schlitz in the test. Success!!! Schlitz got to say "Half of Michelob drinkers like Schlitz better!" As Wheelan points out, Schlitz simply exploited the fact that these beers taste about the same. Still, it looks good when you can say that half of people who claim to prefer a different beer end up choosing your beer in a live taste test. 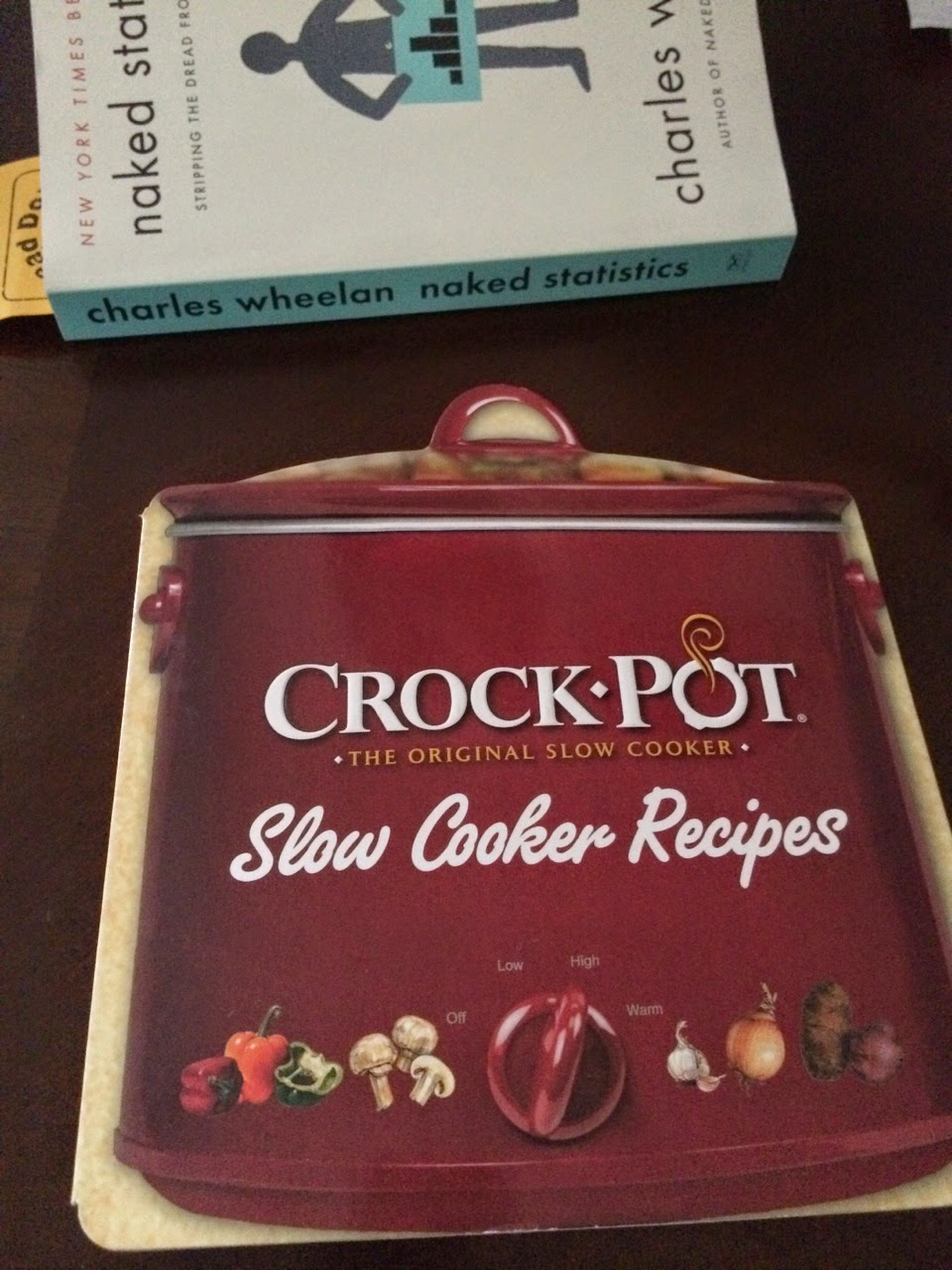 I'm veering off course. I actually set out to share the crock pot recipe I'm using today. This looks like the easiest chicken and vegetable chowder recipe ever. 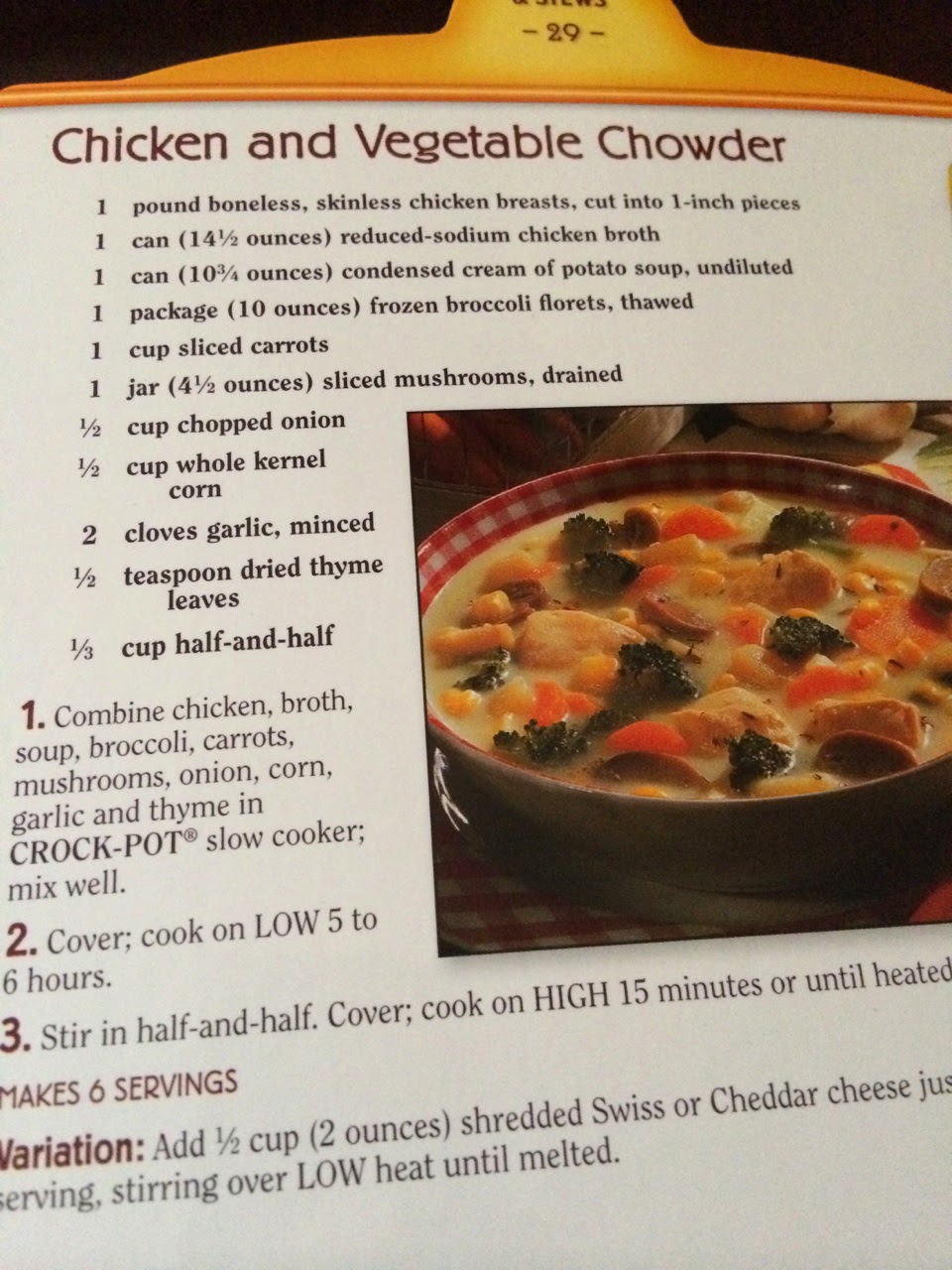 I usually modify recipes but I'll mostly the stay the course with this one. I'll use fresh mushrooms instead of ones from a jar. Otherwise I'll follow the recipe.

So this pretty much captures my break so far: reading about statistics and cooking up food slowly. Also catching up on e-mail and attending family gatherings. So far, so good.

Posted by Todd Schoepflin at 11:37 AM