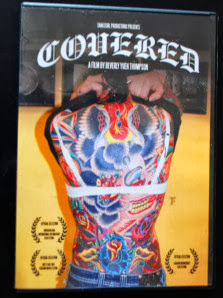 Posted by Todd Schoepflin at 1:21 PM No comments:

America is in a Slump

I am grumpy. I think it has to do with America's celebrities, politicians, and op-ed columnists. I think we need new ones. Give us new celebrities, better politicians, and fresh op-ed columnists. Bring us a new fast-food industry. Gift us with an improved cultural infrastructure. I would probably still be grumpy. But there's caffeine for that. I did shake off my grumpiness for a few minutes today while driving around town in my Hyundai. I spent those few minutes rocking out to Bad Company. This probably does not help my credibility. The end.


P.S. On a more serious note, America is a low-wage society.
Posted by Todd Schoepflin at 1:06 PM No comments:

I have never played fantasy football. Everything I know about it is based on what I hear from friends who participate and from listening to sports talk radio. I do watch the NFL--something I feel conflicted about, one reason being the violence and damage that players experience. I am a Buffalo Bills fan. Simply put, I root for the home team. I live ten minutes from Ralph Wilson stadium. I'm in a better mood on Monday when the Bills win on Sunday. That's how it goes for a lot of us in Western New York.

After the Bills earned a surprising victory against the Baltimore Ravens on Sunday (September 29), I listened to some of the post-game chatter on local radio station WGR 550. I heard host Sal Capaccio (@SalSports) draw attention to the insults that fantasy football fans were hurling at Bills running back C.J. Spiller on Twitter. What he said on the radio is similar to what he wrote on Twitter:

I love fantasy football too. But search for "CJ Spiller" on Twitter, you'll see the shallow end of the gene pool simply bc of a fantasy game
— Sal Capaccio (@SalSports) September 29, 2013

On the radio, Capaccio sounded genuinely outraged at what people were tweeting about Spiller. He didn't want to repeat what people were saying on Twitter. He pretty much suggested that listeners see for themselves. In all, Capaccio came off as sincere in condemning people who said hostile things about Spiller. And why were fantasy football fans upset at Spiller? He rushed for 77 yards against the Ravens without scoring a touchdown--not a good day in fantasy football land. From my perspective, Spiller played fine. Aside from regularly playing with injuries, Spiller recently has had to cope with a tragedy involving a family member. With this in mind, I don't think most fans of the Buffalo Bills would be angry with Spiller for "only" rushing for 77 yards. But Fantasy Football fans play by different rules. They apparently get very serious and angry if players on their fantasy teams don't perform in a way that satisfies them.

Out of curiosity, I searched "CJ Spiller fantasy football" and other similar phrases on Twitter and saw a range of reactions to Spiller's performance against the Ravens. I won't embed the negative tweets in this post. You can do the same search if you want to see what people have said (and are still saying) about Spiller. Instead of the actual tweets, here are some examples of what came up in my search:

-"I hate you CJ Spiller."
-"Thanks for nothing CJ Spiller."
-"Do you enjoy being a shitty fantasy football player and tanking your career?"
-"Thank you for getting hurt and being a horseshit fantasy player."
-"Get your shit together, you're killing my fantasy team."
-"You need to get it together and get me more fantasy points bro."
-"CJ Spiller is the absolute worst first round fantasy pick in history. I hope he tears his ACL so I can force myself to bench him."

There are actually ones more hostile than what I've included. I wasn't shocked to find that people write things like this on Twitter. What did surprise me was that many of them were tweeted at C.J. Spiller. Until I searched, I didn't know that people actually say these things directly to the players. I suppose this means that some people feel entitled to say hostile things to players via Twitter.

Also interesting, though, was to see a lot of people tweeting supportive things about Spiller. By comparison, it looks as though there might actually be more people writing positive things about Spiller and directly to Spiller. Here are a few examples of people keeping it positive (and notice that Spiller seems to be taking this in stride and able to put it in perspective):


@CJSPILLER I got you on my fantasy team but I'm not sweating it. A #Bills win is more important to me. #youstilltheman #allaboutwins
— Hazem Zaki (@_SportsNut) September 30, 2013


Football players probably don't get enough credit for how they handle personal attacks. Even accounting for the point that professional football players are public figures, and taking into consideration that being on Twitter makes it possible for fans to communicate with players in a nasty manner, this does not mean that players deserve to be spoken to in such terrible ways. But I am probably just a naive person who thinks that people should be treated with respect and dignity. I suppose that's a fantasy too.