The Never-Ending Quest to Prove Masculinity

Joe Biden wants us to know (for the second time) he would have beat the hell out of Donald Trump in high school.

Donald Trump assures us he would take down Biden.


Crazy Joe Biden is trying to act like a tough guy. Actually, he is weak, both mentally and physically, and yet he threatens me, for the second time, with physical assault. He doesn’t know me, but he would go down fast and hard, crying all the way. Don’t threaten people Joe!
— Donald J. Trump (@realDonaldTrump) March 22, 2018


I'm reminded of Michael Kimmel's point about proving masculinity. The quest to prove one's manhood, sadly, never ends for many men. Here's Kimmel is his 1996 book Manhood in America. The more things change, the more they stay the same. 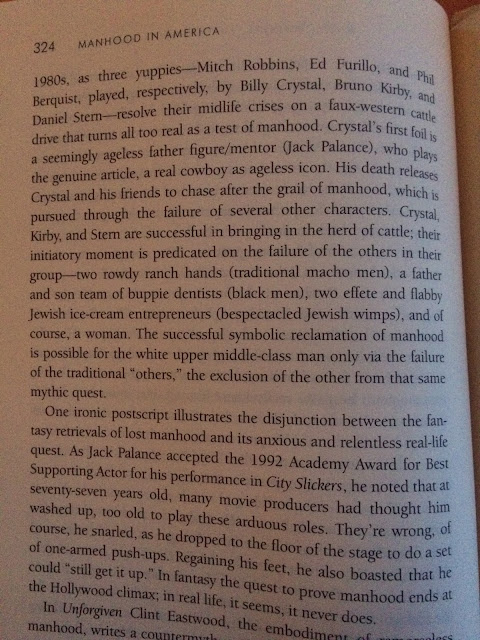 Posted by Todd Schoepflin at 9:21 AM