Compliment From a Stranger

An hour ago I received a compliment at the grocery store from the person scanning my groceries. He liked my jacket. I thanked him and noted the jacket is old, around 10 years old. He asked if I get a lot of compliments on it. I said no. The person behind me (a woman) jumped in to say "Nice jacket!" As we laughed, the person behind her (a man) joined the fun and also said "Nice jacket!" It felt nice to get an unexpected compliment. A nice, simple, appropriate compliment (although, I would say, appropriate compliments are in the eye of the beholder) from a stranger is an unusual social interaction that I generally welcome.

It's interesting that the first song I heard on the ride to work this morning was "You've Got a Friend," the Carole King version. First of all, her voice is so lovely in the song. I wonder if you prefer her version or the one by James Taylor. Did you know that Carole King wrote it? I didn't recall that until googling it just now. It's from her Tapestry album in 1971. Here's Carole being awesome:

Anyhow, while driving to work the song put me in a reflective mood about friendship and I was thinking about trying to be a better friend to my friends and then the song took the turn that always catches me by surprise. You see, I don't hear the song a lot so when I do I tend to have forgotten that the song takes a cynical turn. As a Hall of Fame cynic, I like her cynical observation:

"...When people can be so cold
They'll hurt you, and desert you
And take your soul if you let them, oh but don't you let them"

Damn it's true that people will take your soul if you let them. All the more reason that it helps to have a friend, as Carole suggests. And sometimes it even helps to get a compliment from a stranger. 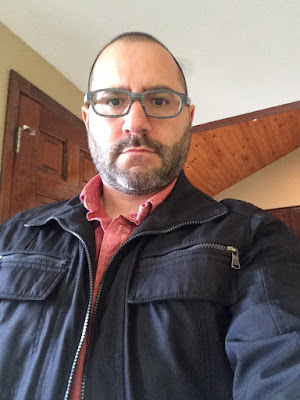 Posted by Todd Schoepflin at 3:22 PM