My Father is Bigger Than You and Other Happenings

A few days ago I picked up my 4-year-old from daycare. Some of the other kids huddled around us as I gathered his things to bring home. This has happened on a few occasions. They will hug him and say little kid funny stuff before we have a chance to leave. On this day, one of his friends said to me "My father is bigger than you. He's 6'5." I'm still impressed the kid could report his dad's exact height. I doubt my 4-year-old knows or could announce that I'm 5'5. There's not much one can say to a 4-year-old about being short. It kind of reminded me of elementary school/middle school/high school/the rest of life when people have occasionally observed my height. What can I say, I'm short? It's pretty comical that a 4-year-old got in my head and I'm writing about this. But really it was just an interesting interaction that I wanted to file here.

I have no else to put my brief review of Handlebar in Buffalo so I'll briefly do it here. I went there last week for the first time. When I walked in, "Teenage Riot" by Sonic Youth was playing, so that set the stage for a great experience. I love that song. It always sounds better in winter. The song pairs perfectly with a long, cold Buffalo winter. They have a bunch of beers on tap and serve flat breads and other good lunch fare. I enjoyed the Marrakech rice bowl (chickpeas, carrots, red peppers, cilantro). One good song after another played while I was there, including "Cut Your Hair" by Pavement.  When the Pavement song came on, I caught the attention of the person who looked to be in control of the tunes and said "That's one of my top ten all-time favorite songs." It's probably true. It's easily in my top twenty. Truth is they could have played lousy songs and had sub-par food because the major reason I had such a great time is that I was having lunch and drinks with a friend who is super smart, nice, and funny. The good food and music were icing on the cake.

The Spring semester begins soon so I'm working on a syllabus today. I also baked banana bread today.  This recipe was easy and worked like a charm. I added chocolate chips. It came out nicely. Next time someone busts my chops about my height, I'll say "Yeah but I make the best banana bread." Confusion usually does the trick. 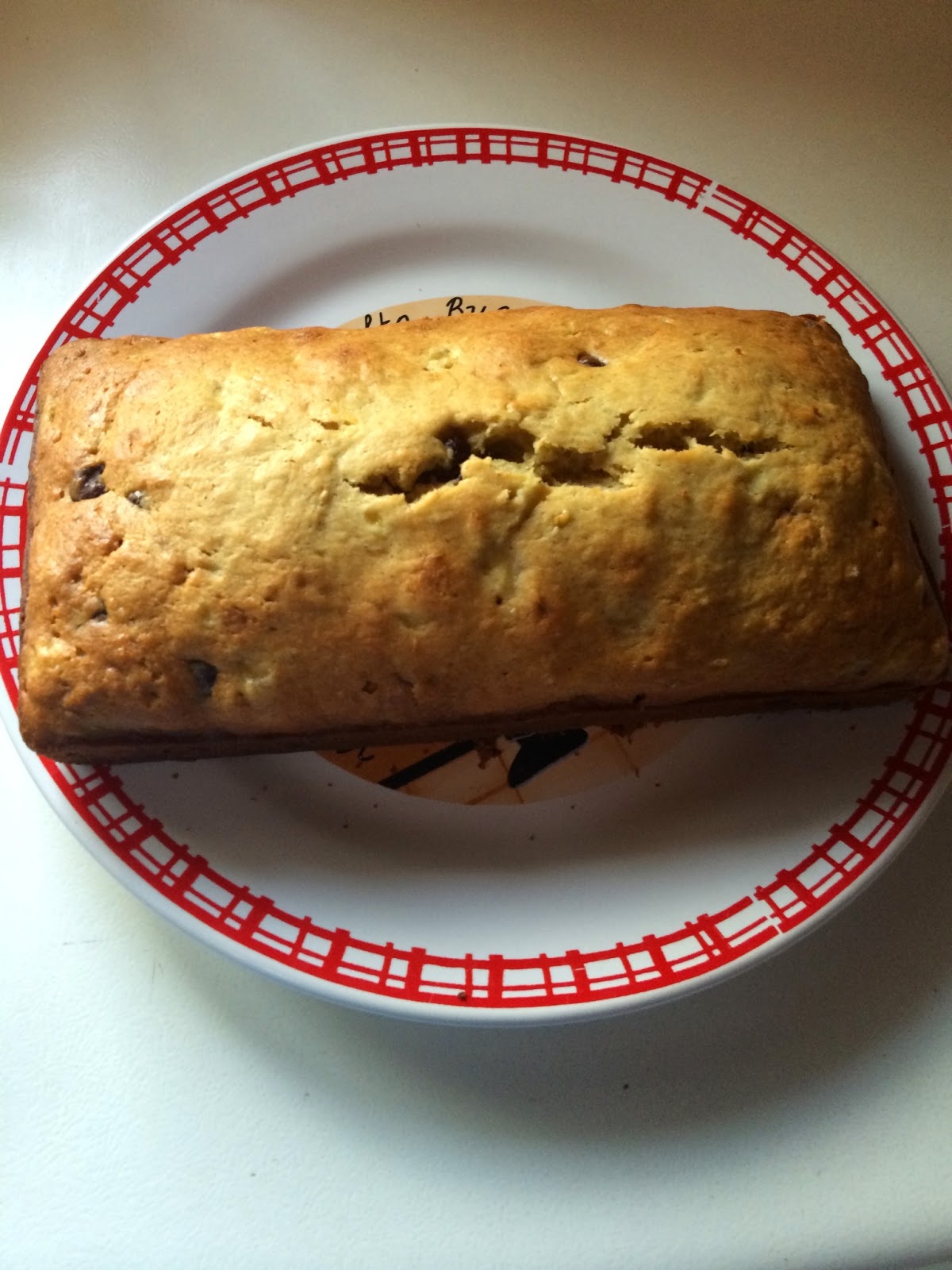 Posted by Todd Schoepflin at 12:28 PM