The Miley Cyrus Performance At The MTV Video Music Awards

Surely you've seen the Miley Cyrus performance at the Video Music Awards by now. My initial reaction was to file it under the pursuit of attention. By that phrase I'm referring to a book by Charles Derber. Derber examines the ways people seek attention in everyday life. Attention is something that can be shared and allocated. While some people are inclined to share or even avoid attention, others compete for attention. It's not only celebrities that crave attention. Derber points to ways 'ordinary' people strive for attention too. But in order to stay relevant, celebrities have to become experts in gaining and maintaining attention.

To an extent, then, this is what celebrities do: they pursue attention. So I mostly looked at Cyrus' performance in the context of celebrity behavior. In the first 'highlights' I saw, parts of Cyrus' performance were shown after clips of Lady Gaga in various costumes. Cyrus and Gaga are both very good at staying relevant and being in the news. Notice they are often trending topics on Twitter. So my first reaction was to view their performances as part of a competition to gather the spotlight.

I still think Cyrus' performance can be partly understood as a major attention grab, but there's much more to it. I think the racial dimension has to be accounted for, something I had not initially considered. It was when I read this piece that I began to grasp how the performance must also be understood in racial terms. And then I read this analysis by Tressie McMillan Cottom. Toward the end of her piece, she writes: "I am not surprised that so many overlooked this particular performance of brown bodies as white amusement parks in Cyrus' performance." It's a really deep analysis that helps me think more critically about the performance. Another important read about Cyrus, written a few months ago by Dodai Stewart, provides context about twerking and discusses how Cyrus, in a video, uses black women "as props, a background for her to shine in front of."

So there's a lot to consider and think through. There are many ways to analyze Cyrus' performance. This article by Emily Heist Moss focuses on gender and power. As I've tried to show by compiling these analyses, the Cyrus performance is not simply a case of 'Hannah Montana' crafting her image and getting attention. This is a complicated story with profound race, gender, and power dimensions.

Elite media figures who have focused their energy on sounding an alarm along the lines of  "Think of the children" (Mika Brzezinski comes to mind) miss bigger picture points identified in the articles to which I've linked.

As a final point, Robin Thicke shouldn't escape criticism. He walked slowly on stage to join Cyrus in the performance. There he was, Mr. Cool in a pinstriped suit, singing and 'dancing' with Cyrus during his sexist song "Blurred Lines." Let's not forget this popular song contains the lyrics "I know you want it." Cyrus stole the show at the Video Music Awards. I think that's why so much criticism (warranted) has been directed at her. Thicke deserves criticism too, for being part of the performance and for bringing even more attention to a degrading song.


Posted by Todd Schoepflin at 3:09 PM No comments: Links to this post

I don't have my own Facebook but I am aware of what happens in the network of Tina, my wife. She keeps me in the loop of things that friends and family post on her Facebook. So I see lots of pictures from people we know. Given our stage of life, it's mostly pictures of everyday family life. We see pictures of kids and pets and have a window into where people go out to eat and what they cook at home. There's also some political chatter and quite a bit of social commentary.

What is missing from these Facebook posts? Any talk about sex. It seems, unfortunately, that no one in my wife's social network is having sex. To be more precise, no one ever says anything about sex. One night my wife joked "I'm going to put on Facebook, 'Going to bed, but not going to sleep'" and we cracked up because even the slightest subtle reference to the possibility of engaging in sexual activity would breach Facebook norms (at least in her network).

I will go ahead and guess that talking about sex is not taboo in everybody's social network. Surely there are folks who air out their sexual laundry on Facebook. But for those who belong to a network where the norm is to avoid any reference to sexual activity, it would make for a good breaching experiment to post "I have the best sex life ever" or "Haven't had sex in forever" or really anything that has to do with having sex.

This post is not an awkward invitation to tell your Facebook friends about your sex life. Rather, this topic is a reminder that life is an information game, to paraphrase Erving Goffman from the introduction of The Presentation of Self in Everyday Life. We share information about ourselves but not all our information. This is part of the process of face-to-face interaction. It's also the case on Facebook--where we tell people our story but not our full story--a point effectively conveyed here by Nathan Jurgenson. 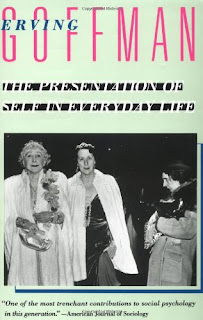 Posted by Todd Schoepflin at 8:04 PM 4 comments: Links to this post

A Song For Thinking About Robert Merton's "Strain Theory"

I spend some part of every day thinking about Robert Merton's "strain theory." I think a lot about the cultural goals--those "things worth striving for," as Merton described them. What do we aspire to? What do we seek to attain? Those questions never go out of style. They will always be relevant.

One of my favorite songs from the past few years is "Beach Comber" by Real Estate. It's an all around nice tune with lyrics that bring Merton to mind. The first line is a beauty: "What you want is just outside your reach, you keep on searching." There's always a risk to interpreting song lyrics. This song could be about anything--a lost love, for instance--but I'm brought back to the cultural goals with the lines "until you find your Rolex in the sand, you won't be stopping. Until that solid gold is in your hand, you won't be happy." There's a chance I've got the lyrics wrong, too. No matter how many times I listen to the song, I don't always hear each word exactly the same way. But even leaving room for error, the song gives us a chance to think about how we pursue the things we think will make us happy. But as the song suggests, what we think will make us happy isn't necessarily what will make us happy.

As I've written before, when we teach strain theory I think the main objective is to get students to think critically about the disjunction between cultural goals and the approved means for obtaining those goals. I love thinking about the cultural goals and talking with students about what those goals supposedly are. My students give a variety of answers when I ask questions like "How important is making money in this culture?" and "How important is it to you to make money in your life?" Questions like these get us engaged in the topic and lead us to the various deviant responses that Merton delineated: innovation, ritualism, retreatism, and rebellion.

Posted by Todd Schoepflin at 9:50 AM 8 comments: Links to this post

Just added another sociological license plate to my collection.... 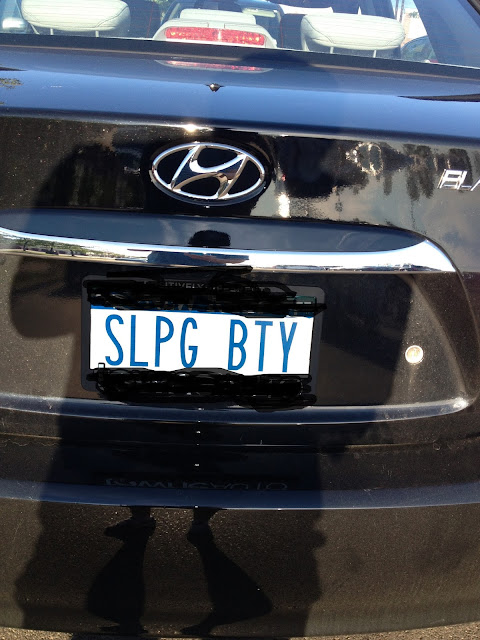 Posted by Todd Schoepflin at 7:38 PM No comments: Links to this post

Not breaking new ground here, just a simple suggestion for increasing student participation. I always have a pack of index cards in my bag that I carry to class. If class participation stalls, I can break out the index cards. Whatever the topic happens to be, I pose a few questions and ask students to write their honest answers on an index card. I tell them not to put their name on their card unless they want to. When students have finished writing their responses, I collect the cards and read some of the responses. I don't identify anyone by name. Usually it only takes 4-5 cards to get to something that sparks discussion. It's common for a student to raise their hand to respond to something I've read on an index card. I love it when students respond to something a peer has said. I'll continue to read responses from the pile, occasionally asking the class "Does anyone want to take credit for this?" Sometimes no hand goes in the air, so we don't know who authored the response, but in many cases a student will take credit and elaborate. This leads to more debate and discussion.

So that's it. Trust me, everyday is not an index card day. Like any other technique, it can go stale if it's overused. It's just another tool in the box that helps keep class discussions going. And keep in mind this is a great way to involve shy students in the discussion. If I read 15-20 cards from the pile, I've most likely included cards written by students who tend to be quiet in class. So this is a way to increase contributions across the board.

If you've never done this, give it a try and let me know how it went. And please share your ideas for stimulating participation.

Posted by Todd Schoepflin at 12:20 PM No comments: Links to this post

Thought for the Day from Cornel West

Just opened up a book from my shelf--Race Matters by Cornel West--and caught a brief passage that holds up quite well twenty years later:

"Whoever our leaders will be as we approach the twenty-first century, their challenge will be to help Americans determine whether a genuine multiracial democracy can be created and sustained in an era of global economy and a moment of xenophobic frenzy.

Let us hope and pray that the vast intelligence, imagination, humor, and courage of Americans will not fail us. Either we learn a new language of empathy and compassion, or the fire this time will consume us all."  (Vintage Books edition, 1994, p. 13).

So that's the thought for the day, along with a question: who are our leaders? 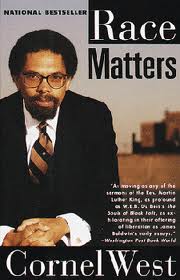