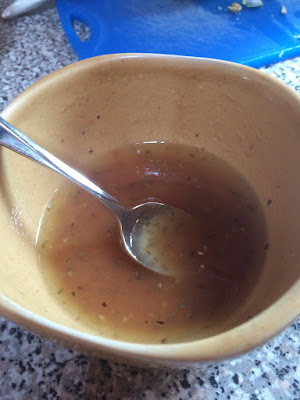 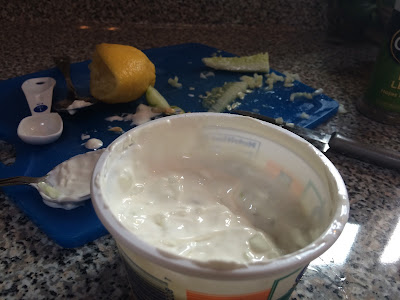 
Posted by Todd Schoepflin at 12:33 PM No comments:

Get a Yes (A Song about Consent)

In an NPR article, here's what Sadie Dupuis says about her song "Get a Yes":

"You can only get to that affirmative yes through a lot of dialoguing, and I think that process should be viewed as fun, sexy and not at all daunting, So I wanted to make a pop song that explores the excitement inherent in getting and giving consent. And that's why I wrote 'Get A Yes.'"


Posted by Todd Schoepflin at 1:42 PM No comments:

Hey Youngsters, Let Me Tell You Something


Posted by Todd Schoepflin at 12:48 PM No comments:

With a new academic year upon us, it's helpful to review Roxane Gay's essay about safe spaces published in the New York Times in November 2015. She makes an important sociological point: "Those who mock the idea of safe space are most likely the same people who are able to take safety for granted. That’s what makes discussions of safety and safe spaces so difficult. We are also talking about privilege. As with everything else in life, there is no equality when it comes to safety."

What does she mean by saying there is no equality when it comes to safety? She makes her point clear here: "While no one is guaranteed absolute safety, and everyone knows suffering, there are dangers members of certain populations will never know. There is a degree of safety members of certain populations will never know. White people will never know the dangers of being black in America, systemic, unequal opportunity, racial profiling, the constant threat of police violence. Men will never know the dangers of being a woman in America, harassment, sexual violence, legislated bodies. Heterosexuals will never know what it means to experience homophobia. Those who take safety for granted disparage safety because it is, like so many other rights, one that has always been inalienable to them."

Keep in mind she wrote this essay following the events at University of Missouri. Here's a CNN timeline of events leading up to the protests that occurred there last fall. Discussions of safe spaces became more common afterwards. Gay explains why safe spaces are important: "Safe spaces allow people to feel welcome without being unsafe because of the identities they inhabit. A safe space is a haven from the harsh realities people face in their everyday lives." Note the nuanced point she makes in saying: "There are some extreme, ill-advised and simply absurd manifestations of the idea of safe space. And there are and should be limits to the boundaries of safe space. Safe space is not a place where dissent is discouraged, where dissent is seen as harmful." She describes the intellectual space she strives to create in her classroom: "a space where debate, dissent and even protest are encouraged. I want to challenge students and be challenged. I don’t want to shape their opinions. I want to shape how they articulate and support those opinions. I do not believe in using trigger warnings because that feels like the unnecessary segregation of students from reality, which is complex and sometimes difficult." I like her essay because it clearly makes the point that critics of safe spaces are wrong to assume that students are being coddled.

Her essay popped back into my head after reading a new article in The Atlantic entitled "The Fine Line Between Safe Space and Segregation," by Emily Deruy. The article features quotes and insights from sociologist Tressie McMillan Cottom that are definitely worth checking out. McMillan Cottom is quoted as saying: "The classroom has to be the space where everybody comes and is uncomfortable. College is about being safely uncomfortable." Safely uncomfortable. That's a great phrase. Following that quote, the author Deruy makes a critical follow-up point about the difference between being uncomfortable in class and being uncomfortable on campus. College educators want students to struggle with complex ideas in the classroom. We seek to challenge our students. We encourage them to defend their viewpoints with evidence. I know that critical thinking is considered a cliché, but we do believe in developing the critical thinking of our students. We also want our students to be safe. Safe from physical and verbal harm that occurs in campus spaces. That we care about and try to ensure our students are safe does not mean we are constantly walking on eggshells in classrooms. Let's go back to Gay's essay to see what she writes about the classroom environment for her students: "They can trust that they might become uncomfortable but they won’t be persecuted or judged. They can trust that they will be challenged but they won’t be tormented."

Being uncomfortable in the classroom is obviously different than being unsafe on campus. The safety of students is a responsibility that college educators take seriously. The Atlantic article reminds us we have to recognize that our students come to college with different needs and concerns. Therefore, the idea that black and white students deserve the exact same treatment is, as McMillan Cottom says, a “false equivalence.” An institution of higher education seeks to foster a safe and welcoming environment for all students while recognizing that all students do not enter the institution as equals. It is an ongoing and challenging project to make a campus truly feel like home for students of all backgrounds.
Posted by Todd Schoepflin at 11:40 AM No comments:

"If you have the money, having children is great" - Donald Trump


Flipping through the channels this morning, I passed an infomercial featuring Larry King. It would be interesting to watch King interview Donald Trump during this campaign, I thought to myself. I hit up the Google machine and came across a 2005 interview with then newlyweds Donald and Melania Trump. Near the 4:40 point of the interview, we glimpse Trump's view of children and housework: "If you have the money, having children is great. Now, I know Melania. I'm not going to be doing the diapers, I'm not going to be making the food.....I'll be a good father. I'll be doing my deals." Safe to say Trump does not carry an egalitarian ideology.

That's all for today, folks.
Posted by Todd Schoepflin at 10:03 AM No comments: 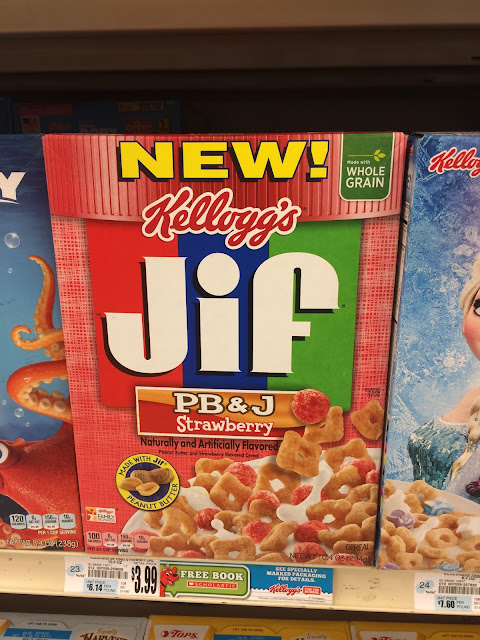 A pastiche mishmash of sugar, corn, and more sugar.

Posted by Todd Schoepflin at 8:02 AM No comments:

We Knew It Would Come to This, Because Capitalism

Posted by Todd Schoepflin at 12:05 PM No comments:

A profile of CNN president Jeff Zucker in Variety provides a reminder that cable news operates for ratings and profits.

A few of the lowlights from the article:

1. There is a framed Donald Trump tweet in Zucker's office.

2. Zucker said: "There's a misconception we're doing this all for ratings."

Translation: We're doing this all for ratings.

3. "I actually think he's done a really nice job," Zucker said, commenting on the hire of Corey Lewandowski. Yesterday, Lewandowski asked if Barack Obama ever released his Harvard transcripts and then said "did he get in as a U.S. citizen, or was he brought into Harvard University as a citizen who wasn't from this country?" Heckuva job, Corey.

I'm reminded of words from Leslie Moonves, CEO of CBS. Earlier this year, in talking about the presidential campaign and ad money, he said: "It may not be good for America, but it's damn good for CBS." He also said: "The money's rolling in and this is fun."

Thanks for nothing, corporate media.
Posted by Todd Schoepflin at 10:42 AM No comments:

How Do You Go This Long Without a Press Conference?

As The Hill details, it's been more than 200 days since Hillary Clinton has held a press conference. It's easy to make fun of the Trump press conferences, but at least there's a back and forth between the candidate and reporters and one gets a glimpse of what their answers and demeanor reveal. In a recent press conference, Trump told reporter Katy Tur to "be quiet." Is my estimation, Mr. Trump is a joke, and press conferences helped me arrive at that conclusion. My point is that voters deserve to evaluate candidates with as much information as possible. Trump should release his tax returns, Clinton should release transcripts of her Goldman Sachs speeches.

Voters deserve to have both candidates held to the highest scrutiny. Clinton is avoiding some degree of scrutiny by not having simple press conferences.
Posted by Todd Schoepflin at 9:44 AM No comments: