Catfish: The Imaginary Other

Allow me to share a passage from Kenneth Gergen's The Saturated Self:

"The technology of the age both expands the variety of human relationships and modifies the form of older ones. When relationships move from the face-to-face to the electronic mode, they are often altered. Relationships that were confined to specific situations--to offices, living rooms, bedrooms--become "unglued." They are no longer geographically confined, but can take place anywhere. Unlike face-to-face relationships, electronic relationships also conceal visual information (eye movement, expressive movements of the mouth), so a telephone speaker cannot read the facial cues of the listener for signs of approval or disapproval. As a result, there is a greater tendency to create an imaginary other with whom to relate. One can fantasize that the other is feeling warm and enthusiastic or cold and angry, and act accordingly. An acquaintance told me that he believed his first marriage to be a product of the heavy phoning necessary for a long-distance courtship. By phone she seemed the most desirable woman in the world; it was only months after the wedding that he realized he had married a mirage" (p. 64 in my hardcover edition, emphasis mine).

When I showed this passage to my Social Psychology class this semester, I enthusiastically pointed out these words were written in 1991. Whenever I read this bit from Gergen's book, I'm impressed about his thoughts on the "imaginary other." 1991, obviously, was long before texting, Facebook, and Twitter came along. Don't we all create imaginary others in the course of our interactions? For example, I mentioned to students that I use Twitter primarily to develop connections with other sociologists. I've never met most of them in-person, so I'm forming an imaginary other of many of the people I follow on Twitter.

As my class looked at the passage, a student recommended I check out a show on MTV that reflects Gergen's viewpoint. She explained the premise of the show and a few students nodded with recognition. This semester, a handful of students in my other classes also mentioned the show--Catfish, a show based on the movie of the same name. Indeed, the show has a lot to do with creating an imaginary other. I've only seen a few episodes, but the ones I've watched were all about falling in love with a mirage. The episodes I watched involved men who lied about their appearances. Both men were physically different than what they claimed. The women who came to love them had fallen in love with pictures of someone else. They didn't only fall in love with the physical; they had fallen in love with their personalities, but the physical component was crucial. Each man portrayed himself to be "in shape," when in reality they were "out of shape." When the women met the men, they were disappointed and let down. They were hurt because they had been betrayed, and were hurt because they fell in love with something that wasn't real.

We must consider the point that people lie and are deceptive in person too. Without phones and Internet, people would still be deceptive and misrepresent themselves. We lie in person, and before electronic mail we could use "snail mail" to send misleading pictures to each other (we still can, by the way). But a show like Catfish dramatically expresses the point that people are not always what they seem. To me, the show tells us something about how desperate people can be to form connections and fall in love. A person who badly wants to find The Right One is susceptible and vulnerable to being misled. That was true before the electronic age, and remains true (and finds new expression) in the electronic/digital age.

I guess we could ask the question: in the current era, is it easier than ever (and are people more likely) to keep it unreal? 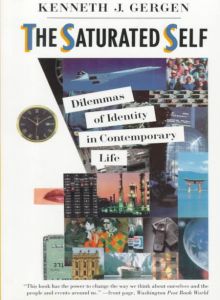 Note: See this post on The Society Pages for a sociological discussion of the movie Catfish.
Posted by Todd Schoepflin at 9:37 AM