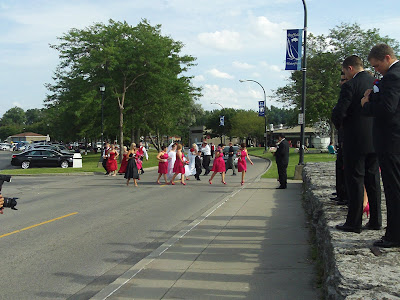 "Doing Gender" is a classic sociological concept developed by Candace West and Don Zimmerman. Their article "Doing Gender" was published in Gender & Society (Vol. 1, No. 2, June 1987, pp. 125-151). Here are summary points about doing gender, based on their article.

1. "Doing gender” means that gender is a routine accomplishment in everyday life.


2. We “do gender” every day, all the time. It's an ongoing activity. We can’t avoid doing gender.


3. We do gender in interaction.


5. And we do gender knowing that we will be judged by others. In other words, we are accountable for our gender performances. In this video, sociologist C.J. Pascoe brilliantly explains how the boundaries of masculinity are policed in social interaction in high school. (If video link to interview doesn't work, use this link to watch Pascoe discuss the use of homophobic taunts to police masculinity in interaction).


6. If we behave outside the boundaries of normative gender scripts, we risk being judged harshly by others.


7. Keep in mind that, from an early age, we learn about “doing gender.”


8. Little girls are taught to value their appearance more so than little boys.


10. “Be a big boy” and “Be a big girl” are different messages that convey different meanings about “appropriate” gender behaviors. This means not only "don't be a baby" but to learn how to "competently" be a boy or girl.


11. In this process, boys and girls begin to monitor their own behavior and the behavior of their peers in terms of whether the gender behavior is “appropriate.” (Appropriate, according to normative gender behaviors). The authors write: "And note, to "do" gender is not always to live up to normative conceptions of femininity or masculinity; it is to engage in behavior at the risk of gender assessment" (p. 136).


12. Sociologist Tristan Bridges gives an excellent example of how we do gender with wallets and purses.


13. Doing gender can result in social stratification: if, in doing gender, men are being dominant and women are being submissive, this results in power differences and hierarchy!


14. Those who behave outside the lines of gender norms are, in effect, challenging the gender status quo.

The concept "doing gender" came to mind when I saw a wedding party at Erie Basin Marina in Buffalo. The bridesmaids wore bright pink dresses, and the groomsmen wore black tuxedos. I took a picture while walking by a wedding party. If you look closely, you'll notice two brides in the picture. Turns out two wedding parties were at the Marina for photographs. Both brides are wearing traditional white wedding gowns. Think of many weddings you've been to: all eyes are on the bride. It's her day. She's the princess, he's the prince who waits for her to walk down the aisle. Quite often, the bride's father "gives her away" to her new husband. It's all an exercise in normative gender roles. In that context, it's interesting to think about same-sex marriages and to contemplate how same-sex marriages challenge gender norms.
Posted by Todd Schoepflin at 9:28 AM